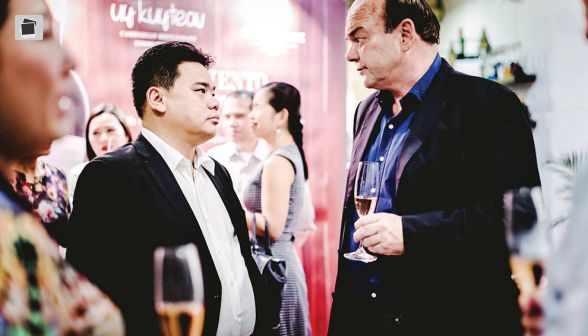 On Monday August 21, Celliers dásie & Trivento hosted the Trivento wine dinner with Chef Luu Meng & Maximiliano Ortiz at Uy Kuyteav Cambodia restaurant. The event was attended by important guests from a variety of companies. Those who attended enjoyed delicious Khmer food paired with Trivento wine. Photos by Almond Group photographer Uy Kuyteav, Cambodian restaurant in Beoung Keng Kang 1 is a well-known restaurant in Phnom Penh, and also one of the most popular restaurants among the Almond Group for its variety of Khmer dishes. Uy Kuyteav Restaurant serves breakfast, lunch and dinner from 6am to 10pm. Nowadays highly recognized by local guests, Uy Kuyteav has been renowned as a restaurant with flavorful kuyteav, the very popular breakfast dish in Phnom Penh but also the delicious Khmer dishes such as Amok, free range grilled chicken, Grilled fish with Smalor kor koh ktis but also a selection of Phnom Penh Steak Lover. In just two years, Uy Kuyteav has s
Post a Comment
Read more 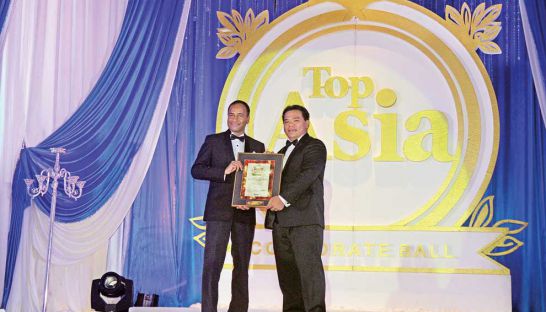 Bennett Murray | Publication date 25 November 2014 | 00:00 ICT  Dato’ R Rajendran presents Luu Meng with his award on Thursday night in Kuala Lumpur. Chhim Sreyneang Cambodian cuisine scored a double victory last week when local chef Luu Meng was declared Asia’s best chef in Kuala Lumpur on Friday, a day after it was announced that the Kingdom’s rice was named the world’s best. Meng’s award, issued by Malaysia-based business and lifestyle sister magazines Top10 of Malaysia and Top10 of Asia at its second annual corporate ball, was given to Meng for being the “best of the best” in the Asian culinary world. “We researched, studied and compared [to find] the top people from every industry,” said Dato’ R Rajendran, chief executive officer of Top10 parent company RHA Media, adding that Meng was the only chef honoured at the ball. Hak Lina, president of the Cambodian Restaurant Association and general manager at Topaz restaurant, said Meng’s victory in Kuala Lumpur is a step
Post a Comment
Read more

‘Sevensea’ Sails to the High-water Mark

Top: Maguro and Mekajiki Shoyu Zuke. Center: Braised Abalone with Wild Black Rice. Darren Gall Sevensea is the latest culinary concept of Cambodia’s most accomplished and celebrated chef, Luu Meng. Its aim is to combine popular Asian cooking styles with the finest seafood available. Specializing in Cambodian, Chinese and Japanese seafood, the restaurant recently opened at the new Almond Bassac Hotel, which sits in a quiet street on the south-west back corner of the Sofitel Hotel property, on the banks of the Bassac River, just before you cross the Rainbow Bridge to Koh Pich. I must confess here to being friends with Luu Meng – we have a shared interest in developing the hospitality industry in Cambodia. He explains that the curious spelling of the name has something to do with getting the business registered in time. However, it does indeed refer to the legend of “The Seven Seas,” as sailed by Odysseus, Jason and his Argonauts, and Sinbad. The “bahr al-sin” –
Post a Comment
Read more 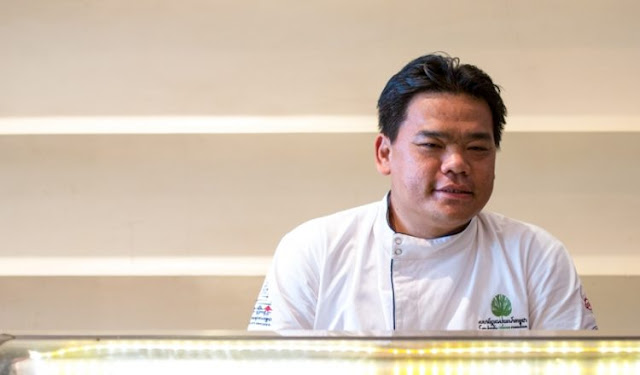 James Brooke / Khmer Times Share:  Chef Luu Meng at his Almond Hotel in Phnom Penh.KT Photo: Fabien Mouret PHNOM PENH (Khmer Times) –  As part of a spreading reaction against trash-strewn streets, the Cambodia Hotel Association, an influential tourism industry group, is organizing its members to regularly clean up their immediate neighborhoods. Luu Meng, president of the association, said hotel members in Sihanoukville agreed last weekend to organize clean up drives of their streets six times a year.  “In Sihanoukville, we already discussed with the board members, and the guys said they would organize this, with more people joining,” said Mr. Meng, a noted chef and a hotel investor.  “One hotel coordinates with other hotels to clean up together,” he said. “We want the hotels to be part of the leaders.” Hotel managers in Phnom Penh said they have lost potential conventions because of the capital’s dirty streets. Business visitors from Singapore, Hong K
Post a Comment
Read more
More posts