A leisurely lunch with two of Cambodia’s culinary kings 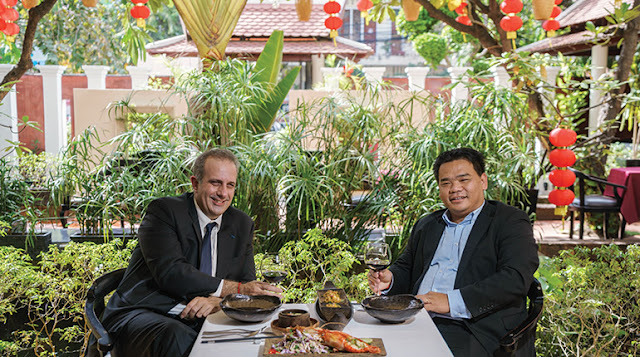 What kind of role does cuisine play in preserving Cambodian culture?
Luu Meng: Well, I think it has a big role to keep the food culture, especially the Cambodian food culture [alive]. We’ve had more than ten years now since Malis restaurant opened, and before that I was doing some research to keep that identity. It’s a big role, not only for our restaurant, but also the people in Cambodia – they start to appreciate Cambodian cuisine, and also to recall their memory, their experience. I’m talking about Cambodians, but also the visitors – it has a big impact for them, and they have a different image of Cambodia. With food, people go very deep inside their experience when they are travelling.
Arnaud Darc: I would say that food – in my country, in France, or in any country – is a big part of any culture the same way that music is, or art is. It’s part of what creates an identity. We all relate to our country because we are missing the food – it’s the same everywhere, and I don’t think Cambodia escapes that rule. Before Malis, which was the first 100% dedicated Cambodian cuisine restaurant when we opened it ten years ago, you didn’t have that type of restaurant – you had restaurants that featured Asian food, there was Cambodian, Vietnamese, Thai and Chinese all together. When you look at the shape of the food industry, you’re following the evolution of Cambodian culture. And today Cambodian culture has integrated other cultures and made them their own. Cambodian food is just that – it’s a big melting pot of other cuisine.
In the past 15 years, how has the restaurant and fine-dining scene changed in Cambodia?
AD: Since we started, a lot of Cambodian restaurants have opened. I think everybody now is adding their stones to the building of Cambodia’s reputation within the country – and also abroad. There is a lot of improvement – not just on what you can see as a consumer, but also in the back, where there are more and more young Cambodians who are learning how to cook, who learn the basics in terms of food preparation and storage, food management – the progress has been incredible. 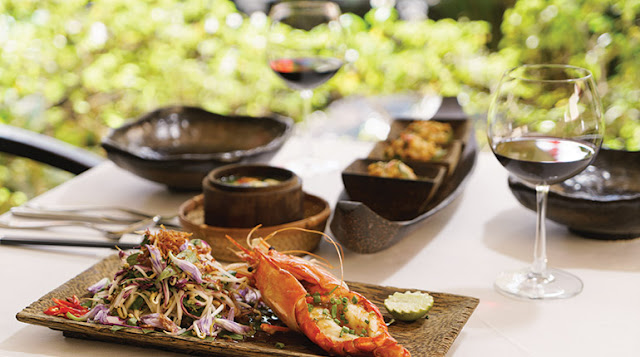 So it’s become much more of an industry now – people can say: ‘I want to be a part of this, I want a job cooking Khmer food?’
AD: Yes – you can have a career in the food and beverage industry of Cambodia, in the restaurant industry. And on the top of the local entrepreneurs you have people bringing brands and franchises, so you also have to bring training, education to the Cambodians and then, after, entrepreneur opportunities, so some of them work with big brands, they start to understand what they learn and replicate it.
With so many international brands coming in, does it make it harder for Cambodian businesses to succeed?
LM: There are two ways you can look at that. The international brands coming in, they have all the advantages of knowledge they already have. But on the other hand, the international brands coming in, they also don’t have the local culture.
AD: You look at Brown Coffee, they’re very successful – you don’t know if you’re in Cambodia, you could be anywhere. They’re international. They’re foreign-educated, but it’s all local, they brew the coffee themselves. So I think any franchises who are coming in also bring that knowledge of how to set up the system, and that’s good for Cambodians to learn. The hardest part for us is to train. The education part of our industry is very weak still, and Luu Meng and myself work very hard to try and find a solution to that problem. 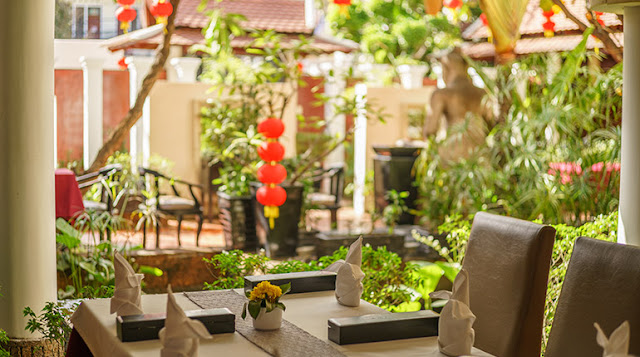 What are some other challenges of working in Cambodia specifically?
AD: The most difficult thing in our industry is human resources – that’s number one. You want to open a restaurant, it’s not the financial part, it’s finding those human resources. If we opened maybe ten or 20 years ago a restaurant with people who didn’t know how to work, the clients understood. The expectation was not so high, so they understood that a person maybe couldn’t take an order properly. But now that it’s more developed, so you cannot just open a restaurant like you used to ten years ago, you need to have the basics in place – and that’s very hard to put in place if you want to do it well. If you’re not a fast food place I mean – if you’re a fast food place you have six products to sell; it’s easy to train.
The two of you have been working together for more than a decade now. How has your relationship changed?
AD: When I came to Cambodia I was a student in France. I came for an internship in Accor, in Sofitel Cambodia, for three months. When I met Meng he was a, what,
a chef de partie?
LM: A butcher.
AD: He was a butcher. And we had the same nature. My job was inventory. We met while we were taking stock. At some point we talked about how Cambodian cuisine is missing, there’s no [such] restaurant, and one day he said: ‘I’m ready – let’s do it!’ And we started to work on Malis. Before we opened it we did six months of research. Meng trained a lot in international hotels, and he had to find the people to bring in the knowledge. And we’re still learning. Every week Meng goes to the market, travels, meets people in the remote areas where they teach him how to do this and that and he gets back to the kitchen and ah, he has an idea and pop! We never stop. Because he’s very curious, and our passion makes us very close – that passion for food.