- April 02, 2018
Hong Kong is your new partner in exploring the new business opportunities with Cambodian Business Friends. Thanks to the team to support of the great meeting with HE Sok Chenda Sophea, CDC team and HKBAC with HKTDC. 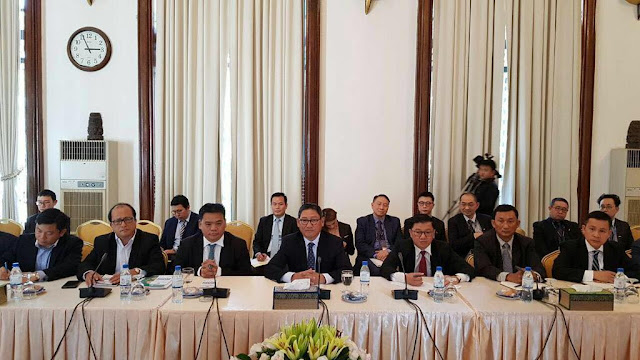 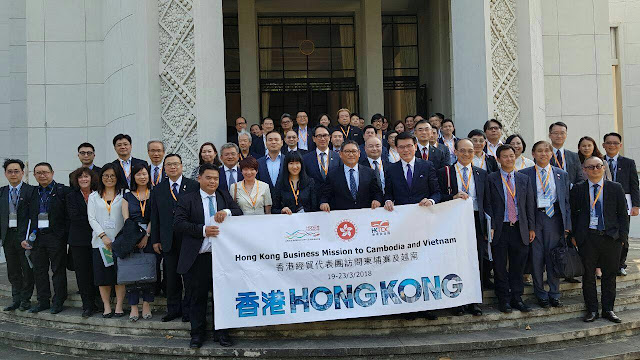 Phnom Penh (FN), March 19 - From 1994 to 2017, Hong Kong had invested 257 projects in Cambodia, worth of $1.33 billion, according to Council for the Development of Cambodia (CDC)’s report on Monday.
The report was released in the meeting between Sok Chenda Sophea, Minister attached to the Prime Minister and Secretary General of the CDC, and a trade and economic delegation of the Hong Kong Special Administrative Region, led by Edward Yau, secretary in charge of economic development and trade on Monday afternoon at CDC.
The delegation currently comprises of 69 members from the Hong Kong Trade Development Council, the Hong Kong Special Administrative Region, the Hong Kong Economic and Trade Office and other 30 companies operating in infrastructure, technology, construction and other professional services.
Sok Chenda informed the delegation about Cambodia’s fruitful investment environment, especially political and macroeconomic stability, which enabled Cambodia to achieve an average of 7.7% growth per year over the past two decades.
He also highly valued the decision of Hong Kong investors who chose Cambodia as a high potential investment target for starting or expanding its business.
Meanwhile, Edward Yau appreciated the hospitality of the CDC, and acknowledged the Royal Government for Cambodia’s growth.
He pledged to attract more Hong Kong investors to further deepen economic ties between the two nations.
In 2017 alone, there were 13 Hong Kong's projects in garments, footwear, wallets and other industries, worth of an estimated $85 million, an equivalent to 1.64% of total investment.
=FRESH NEWS
Saurce: http://m.en.freshnewsasia.com/index.php/en/8071-2018-03-19-17-02-54.html