The Finest Cambodian Chefs You Should Know 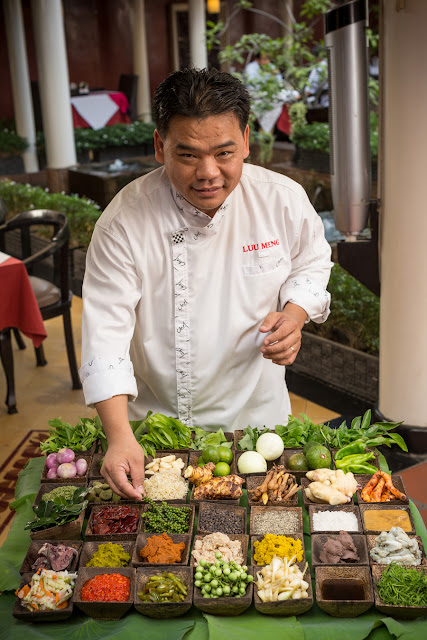 Here are some of Cambodia’s finest chefs who are working hard to put the country on the culinary map of Southeast Asia.


Dubbed Cambodia’s celebrity chef, Luu Meng has made it his mission to champion Khmer cuisine across the globe. The chef grew up in a refugee camp on the Thai border in the wake of the Khmer Rouge reign and attended culinary college in Bangkok. He returned to his homeland with the aim of reviving traditional Cambodian cuisine – much of its traditions were lost during the Khmer Rouge reign, as they were passed down orally for generations. Luu Meng went on to open Malis, the country’s first Khmer fine dining restaurant. He was crowned Asia’s Best Chef 2016.

Pisith spent much of his early life in the kitchens of the iconic Hotel de la Paix (now the Park Hyatt) where his father was a chef in the early 1960s. Forced to stop work during the Khmer Rouge reign, once the war was over the family opened a street stall selling noodle soup. Pisith went on to work in kitchens where his skills and talents were quickly noticed. He is now  head chef at Park Hyatt Siem Reap. 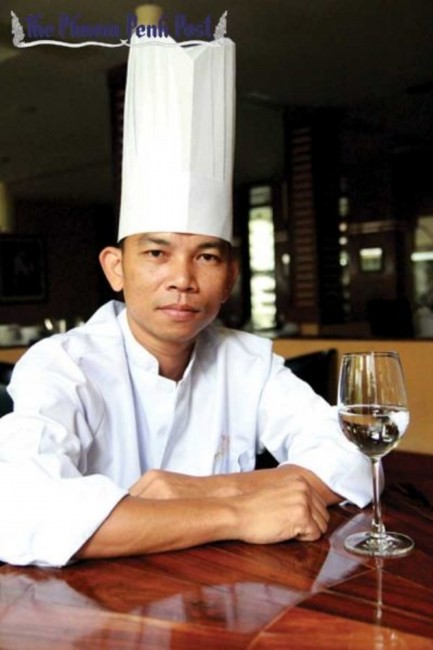 Pov Sopheak originally planned to be a teacher | © Calvin Yang/ Phnom Penh Post
Originally from Svay Rieng, Sopheak came to Phnom Penh in 1995 to train as a school teacher. While living in the capital, he saw his friend working in kitchens and decided to take up cooking as a career. He spent a year training with Friends International, a hospitality training NGO in Phnom Penh, before starting work at Comme à la Maison. It was at Comme à la Maison that he discovered his passion for French food and cooking. In 2002, Sopheak started working at French fine dining restaurant, Topaz, where he is now head chef.

While not technically a chef, Nara has made a name for himself across the capital for his teaching work at the Feel Good Cooking School. Born in a village in rural Battambang, Nara learnt traditional Khmer cooking from his grandmother. He continued his training in Phnom Penh, working at the Feel Good Café, before opening his school three years ago. Nara travels across the country, picking up ancient recipes and provincial specialities to pass on to future generations.