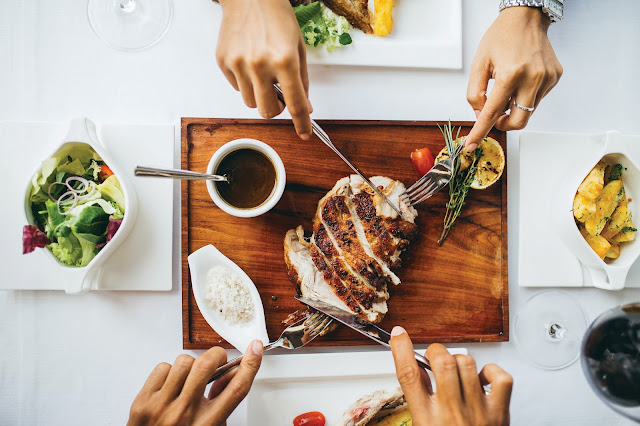 Dispel the myth that the city of Phnom Penh in Cambodia lacks the resources to bring in quality luxury ingredients and have the skill set to transform them into gastronomical wonders on a plate. Aishah Azali took a trip to discover the tremendous growth of the F&B scene and feel the love they pour into their food for a dining experience unlike any other in South East Asia.

The capital of Cambodia is undeniably a busy town. Hectic traffic brought by the zipping of motorcycles and tuk-tuks alike that stand small against giant SUVs and four wheel drives on the road. Bungalows in the city are slowly being inhabited by popular fast food chains and restaurants which I question where the parking spaces are. Though food chains and cafés are a plenty, Phnom Penh has its fair share of fine dining restaurants and here we discover some of the best in the city.

THE INSIDE GUIDE
In order to get a better insight into the culinary scene of Phnom Penh, I spent a day interviewing a man who was crucial in its growth in Cambodia. For a person that is dubbed as a masterchef by the people and owning various top notch restaurants across Cambodia, Chef Luu Meng is a down to earth man whose passion for food and his country makes no surprise why he is loved by many.
He came from humble beginnings and is familiar with the food business since two of his grandmothers and his mother used to own restaurants. He spoke of the times when he would help his mother prep the noodle restaurant before heading to school, a responsibility that eventually turned into a passion.
After working in various hotel kitchens and restaurants, he is now the owner of a slew of exciting eateries across Cambodia with his partner, Arnaud Darc. These include restaurants that honour Khmer cuisine using his family recipes and some French dining for those that want a taste of the high class. Don’t be surprised as Phnom Penh has its very own fancy French food restaurant called Topaz, more on that later in the article.

SERVING UP AUTHENTIC CAMBODIAN CUISINE
When he teamed up with Arnaud some 15 years ago, they noticed that many eateries in Cambodia at the time focused on fusion Khmer cuisine. So they worked together to create a restaurant that respects the flavours of traditional Cambodian food while building it around an inviting ambiance and setting.
Malis Restaurant was born in 2005, introducing foodies to the complex flavours of Cambodia’s comfort food. They went further by making sure customers enjoyed their meal in a comfortable and stylish setting, designed in well thought out spaces for optimum positive ambiance. The cooking from Malis even saw the ban of monosodium glutamate (MSG) and relied solely on the freshest of spices and ingredients. The result is a restaurant serving traditional Cambodia dishes while taking some liberties of ingenuity under the careful eye of Chef Luu Meng, who does experiment in cooking methods but still retaining the authentic Cambodia flavours.

Enjoy the freshest of seafood cooked with love and precision like their Bang Kang Malis Fried Rice with succulent lobster or their seafood red curry that is slow cooked with spices for a punch of deliciousness. After the main course, do try their take on some of Cambodia’s beloved desserts using common Asian ingredients like coconut milk, taro and durian. For something out of the box, savour the taste of their Kampot pepper crème brulee that will introduce you to a spicy sweetness brought by the best peppers in the world.

BONJOUR TO FRENCH CUISINE
The influence of the French in Cambodia extends beyond the buildings they left behind but have spilled over to the cuisine. A fine dining restaurant that encapsulates French sophistication with its dishes and décor is Topaz in Phnom Penh. Under the umbrella of Chef Luu Meng and his partner Arnaud, Topaz is a gem in the city that serves a feast of French fare.
Tall ceilings and unique light fixtures surround the interior creating a cosy yet romantic setting as one of Phnom Penh’s exclusive French restaurants. The meat menu will entice any carnivore, as everything from Angus to their prime ribs are cooked flawlessly. Some cuts are even imported from places as far as Australia for the people of Cambodia to enjoy.
Though their protein and seafood like lobster and scallop shine on the menu, Chef Luu Meng did divulge that a popular food item that keeps customers coming back is humbly their bread. The bread you nibble while browsing the menu, dipped in the dark concoction of vinegar and oil is a pretty spectacular appetizer in Topaz. It is made from flour flown in from France and trust me when I say that you can taste the calming windy French countryside in every bite.
Another French affair tucked in the Arunreas Hotel that features and exciting brunch menu and the prettiest of pastries is Khema Restaurant. Brunch lovers can indulge in the restaurant’s popular weekend brunch if they fancy a ‘Sex in the City’ post weekend meet-up featuring free flow of cold cuts, cheese and pastries.

THE GROWTH OF FINE DINING
One may ask, why the need to open fine dining institutions in Phnom Penh? Well Chef Luu Meng explained that the chain of demand in high quality food escalated quickly. It is also a great environment to entertain family and guests as Chef Luu Meng estimates through his observation that the locals are happily embracing this change in the food scene by sharing it with their love ones.
A trend that Chef Luu Meng has scene picking up is foodies from neighbouring countries like China, Malaysia and Singapore are willing to hop on a plane for a few hours to do a food tour in Cambodia. It has even grown in the business society to dine in Phnom Penh while conducting business meetings and negotiations. Interesting, right? That a country where Europeans choose to soul search is now evolving into a city for South East Asian food enthusiasts.
Another factor is the affordability. To get these quality ingredients shipped and flown from other continents and served in your neighbourhood with a price that is roughly 30-60 dollars a head can cost you hundreds in Europe and that does not include your airfare to get there.
So if you are planning a trip to Phnom Penh or Cambodia in general to visit the temples and museums, make sure to bring a nice dress shirt or LBD just in case. Savour the wonders of Khmer cuisine and experience the different approach they have in fine dining, where the food and the space that it is served in is given the respect it deserves.