Masters at work: chefs in Cambodia 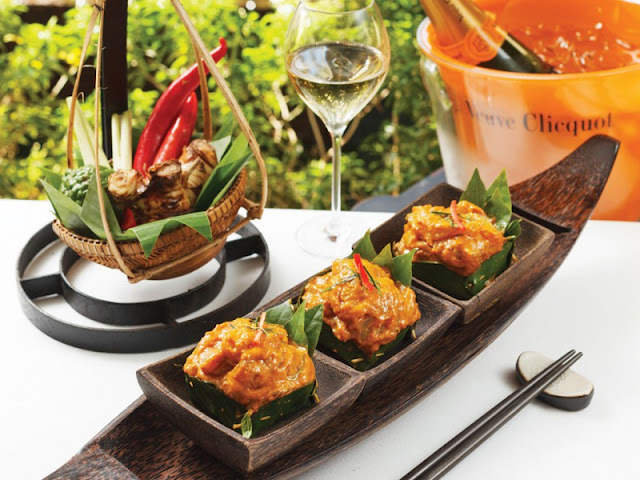 It takes years to master the subtleties of Cambodian gastronomy, an art packed full of unique flavours and exceptional local produce. Here, three of the country’s finest chefs present their favourite local dishes and discuss what makes this distinctive cuisine so very enticing
Photography by Sam Jam   Interviews by Dene Mullen 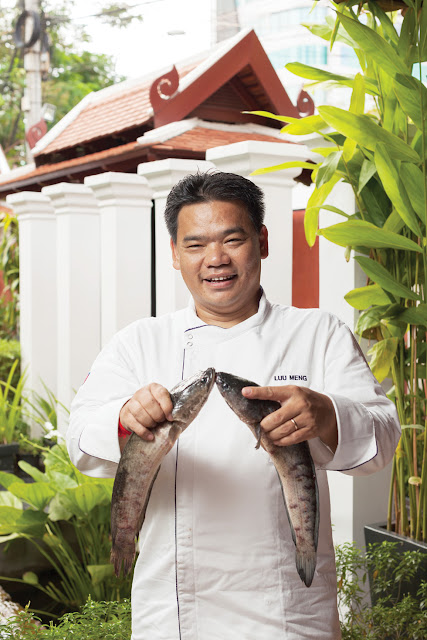 Luu Meng: Malis Restaurant. “One of the wonderful things about Cambodian cuisine is its history. More than 2,000 years ago we had Khmer cuisine, but then we learned from the Indians, Chinese and French. The food we have today is influenced by all of them, so there’s a big difference between Khmer and Cambodian cuisine.” Photo: Sam Jam Fish 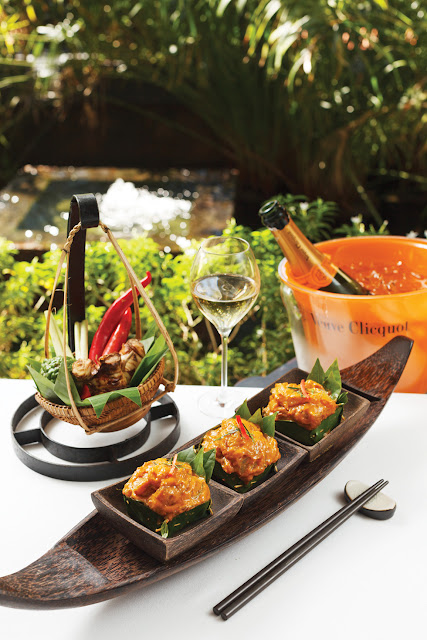 amok: “Fish amok is one of Cambodia’s national dishes. I think that the most important ingredient is how the chef balances the kroeung, a Cambodian paste made up of numerous herbs and spices. Amok should be eaten as soon as it is served, because it loses flavour as it gets cooler.” Photo: Sam Jam 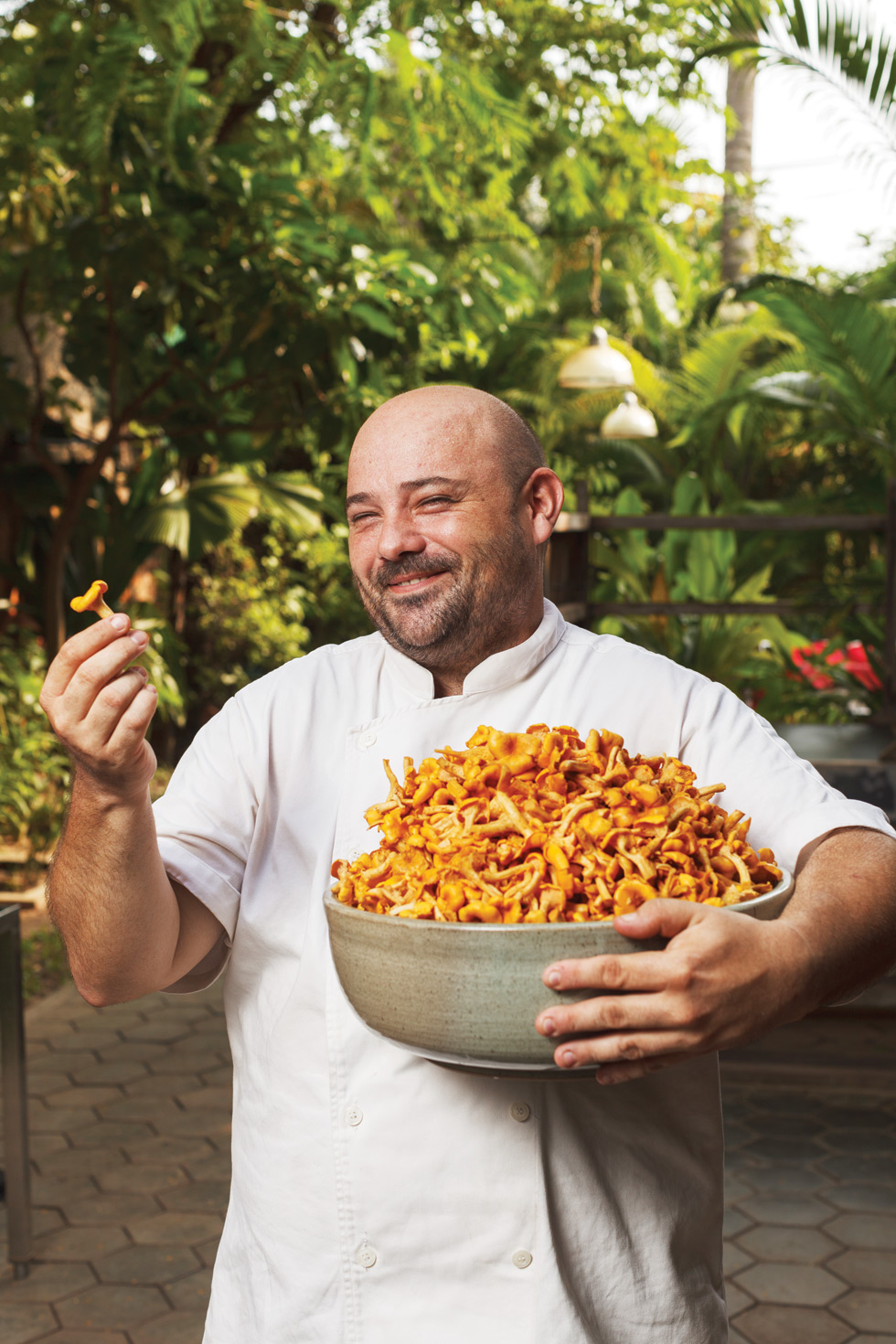 Johannes Riviere: Cuisine Wat Damnak. “What’s special about Cambodian cuisine is that it’s still so rooted in the seasons and the land. Things are changing as roads become better, but for a long time people would go to Ratanakiri to eat avocado, to Pursat for oranges, or to Kulen mountain for pineapples, because that’s where this produce was growing.” Photo: Sam Jam 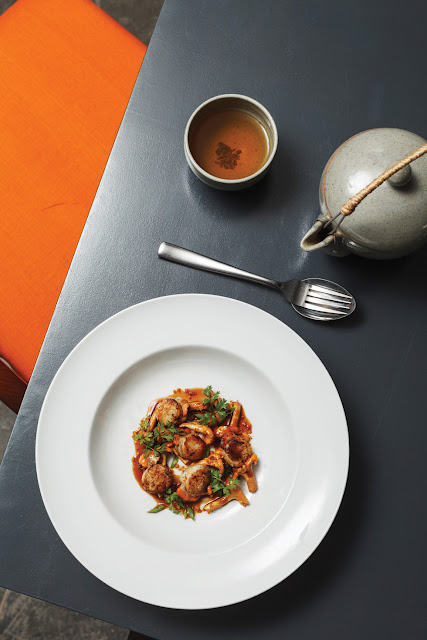 Koh Kong scallops with chanterelle and home-made oyster sauce. “This is a simple dish that puts the ingredients front and centre. The mushrooms are wild, and they come from the forests around Angkor Wat, while the scallops are in season for just two months a year, so this dish would only be on the menu for a short time. I really like the idea of having to wait for things – I think that’s true luxury.“ Photo: Sam Jam 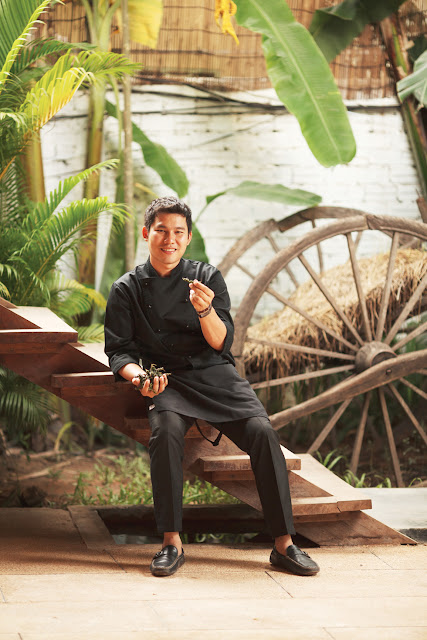 Sothea Seng. Mahob Khmer Cuisine. “I think Cambodian cuisine is all about freshness and the wonderful herbs and spices we have, such as lemongrass and pepper. I’m from the new generation of chefs, so I want to keep the authenticity of Khmer cuisine, but I also try to bring new techniques and refinement to the recipes.” Photo: Sam Jam 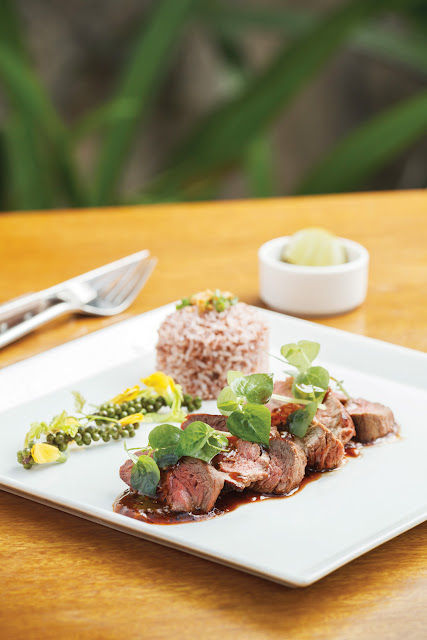 Beef lok lak with watercress and Kampot pepper. “Traditionally, lok lak would be beef stir-fried with tomato paste, salt, Kampot pepper and oyster sauce. I prefer to grill a quality cut of steak and use those ingredients to make a sauce and add some local watercress, which goes very well with the pepper.” Photo: Sam Jam