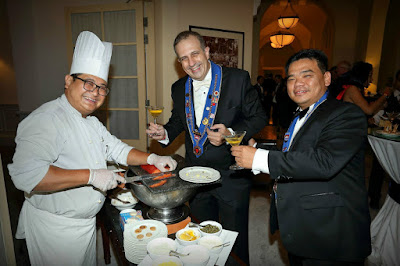 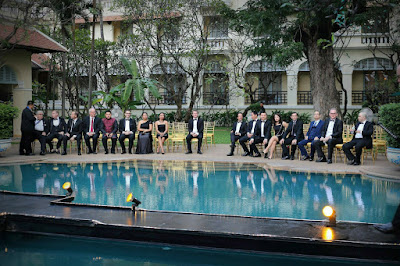 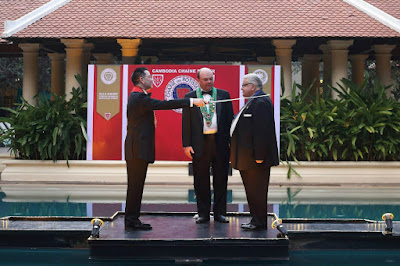 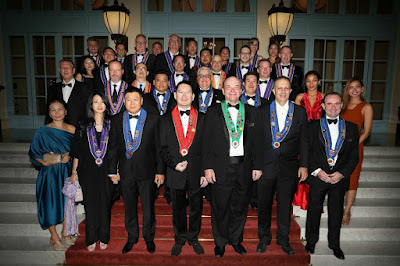 Cambodia Chapitre
Phnom Penh, November 26, 2016
Capturing the spirit and meaningful camaraderie of the Chaîne
" the event was very much in keeping with the ideals and goals of the Bailliage "
Building networks, friendships and, above all, an appreciation for fine food and wine have been the principal aims of the Bailliage of Cambodia since its inaugural gathering in December 2010.

With a group of almost 100 members, half Cambodian nationals and half from around the world, the Bailliage continues to grow. Under the leadership of Bailli Délégué Peter Brongers the Bailliage has taken on an influential and inspirational role within the Kingdom’s dynamic and surprisingly rich hospitality sector.

Cambodia’s only Master Chef, Luu Meng (of Malis and Topaz restaurants), is a member – our Conseiller Culinaire in fact. Other member establishments include some of the Kingdom’s premier dining establishments, for example Van’s Restaurant, the Intercontinental Hotel Phnom Penh, Raffles Hotel Le Royal, Red Apron and the Sofitel Phnom Penh Phokeethra.

Hosting around ten events a year, the Bailliage has helped its members to experience more, enjoy more and achieve more through dinners, wine tastings and related occasions.

The National Council is keen to build on this start and is planning to host National Jeunes Chefs Rôtisseurs and Jeunes Sommeliers Competitions as part of a commitment to the continuing growth and professional development of the entire industry.

At our Chapitre in November we were delighted to welcome Joe Prasobsook Thawilvejjakul, Member of the Conseil Magistral from Thailand, who had been appointed by President Atallah to preside over the Induction Ceremony in his name. Held at the Raffles Hotel Le Royal the event was very much in keeping with the ideals and goals of the Bailliage, capturing as it did the spirit and meaningful camaraderie of the Chaîne.